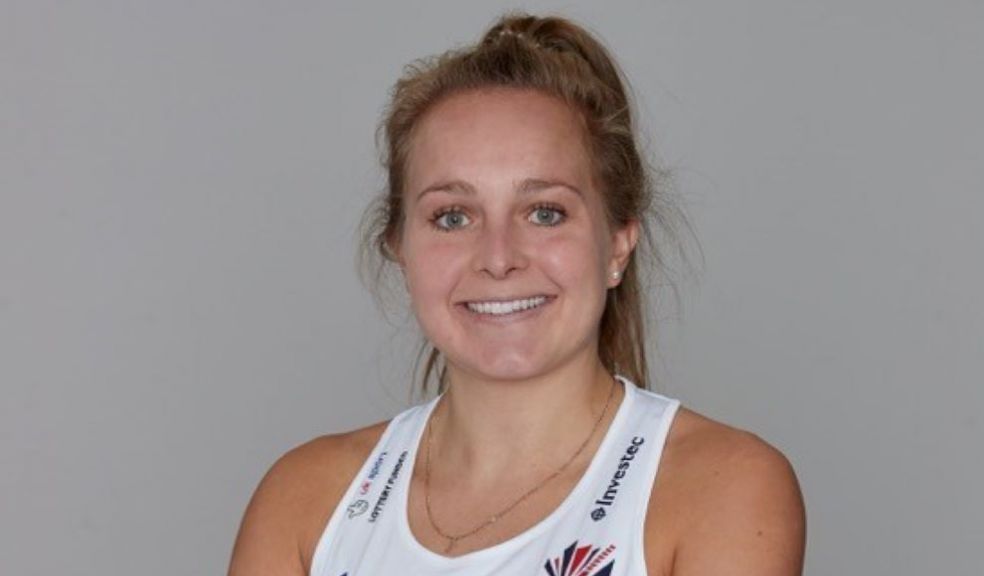 Hockey players are often asked to be ambassadors for projects and organisations. And that makes a lot of sense: sports people are frequently in the public eye, they embody the many values associated with a successful sports career, and international athletes can get across messages in a way that teachers, parents, managers and politicians often cannot.

All of which means that the athletes must take their role as ambassadors very seriously and give a certain level of commitment to their chosen charities or organisations. They also have to be acutely aware of the messages they are putting across, because the range and volume of social media outlets means one slip-up can destroy months or even years of good work. A misplaced tweet can ruin a reputation instantly.

One highly active, committed ambassador - who is very aware of the power of her platform - is Great Britain and England hockey player Emily Defroand. The 2018 Commonwealth Games bronze medallist spoke to Women’s Sport Daily about her work as ambassador for three organisations that are working in a field that is well and truly under the spotlight.

As ambassador to the East London Project, Spencer Lynx Hockey and Flyerz Hockey, Defroand is kept very busy. All three organisations are concerned with increasing hockey’s diversity and inclusivity, issues that Emily is both passionate about and committed to.

“Myself and Helen Richardson-Walsh [2016 Olympic gold medallist] were asked to be ambassadors for the East London Project and, in that role, we have visited loads of different schools, clubs and hockey events,” says the 26-year-old midfielder. “As part of the ongoing project – which launched to coincide with the 2018 Women’s World Cup in London – we run hockey sessions, chat to the children and try to get hockey to be a sport that is relevant to the kids in this area.”

“Hockey is primarily a white, private school sport in England,” she says. “I went to a state school that taught hockey on the curriculum and, while we didn’t play half as much as some of the schools in the country, or have the same sort of facilities and resources, I was still lucky to get the opportunity within my school experience.”

One of the key factors in getting people from a diverse range of backgrounds into the sport is the visibility of relatable role models. For youngsters growing up in deprived and disadvantaged areas of London, Emily certainly offers that.

“We laugh about it within the squad, but I do sound different to the majority of the hockey community,” says Emily, who has a instantly recognisable East London accent. “When I am visiting schools, I get children coming up to me and saying ‘Miss, you sound like me, where have you come from? Are you really a Great Britain player?'”

There are already signs that the project is working. Emily regularly receives messages from children she has coached to say that they have taken part in a hockey festival or been to a training session at a club. Some of the schools that the project has visited are now competing in local events.

But Emily has a realistic view on the challenge hockey faces in spreading to a wider section of the population. “There are many, many children who don’t have the same opportunities and we have to ask how can we make sure that everyone has an equal opportunity to participate in our sport. The East London Project is a start but we would be kidding ourselves if we said, two years in, that the job is done. There is a long, long way to go with the provision in the inner cities.”

Emily is also an ambassador for the Spencer Lnyx project, which is providing hockey in the community in South West London. Her fellow international Rhys Smith has launched Hockey Inner City to introduce hockey in cities, particularly to children from Black and Asian communities. These, along with Flyerz Hockey, which provides hockey opportunities to people with disabilities, are three examples of a number of initiatives across the UK.

For Emily, one of the most important things that the national governing body, England Hockey, can do to address diversity issues is to support these projects that are already up and running and to promote a joined-up approach between clubs and schools. “I think they [England Hockey] are very aware of issues within the sport. What would be great is to see the good work being done by such projects built upon and expanded.

“It’s the same with the clubs. We have a great club system in the UK, but how can we get them more involved to welcome people from all backgrounds through the door. The clubs can offer facilities and expertise to schools that don’t have an astroturf or even a playground.

“I want hockey to be a safe place where everyone from all backgrounds can be proud to play hockey,” says Emily. “It is a big challenge but that is where we come on board, as ambassadors. Whether we are from an ethnic minority background, a LGBTQ+ background, a different social class – as ambassadors we can show that hockey is a sport for all.”

Throughout lockdown, Emily has been working hard on making sure the message is getting out. She has been interviewed for a number of online sports websites and blogs, she is hugely active on social media platforms and she hosts her own online chat show – Cuppa and a Natter – where she interviews elite female athletes from a range of sports.

“Whenever I have an opportunity to use my platform to raise an issue that is important, I think it is a no-brainer. Hockey has given me so much, it is my duty to give back to the sport and help to make hockey bigger and better. All three of my ambassador commitments are about inclusivity and that is something I am hugely passionate about.”