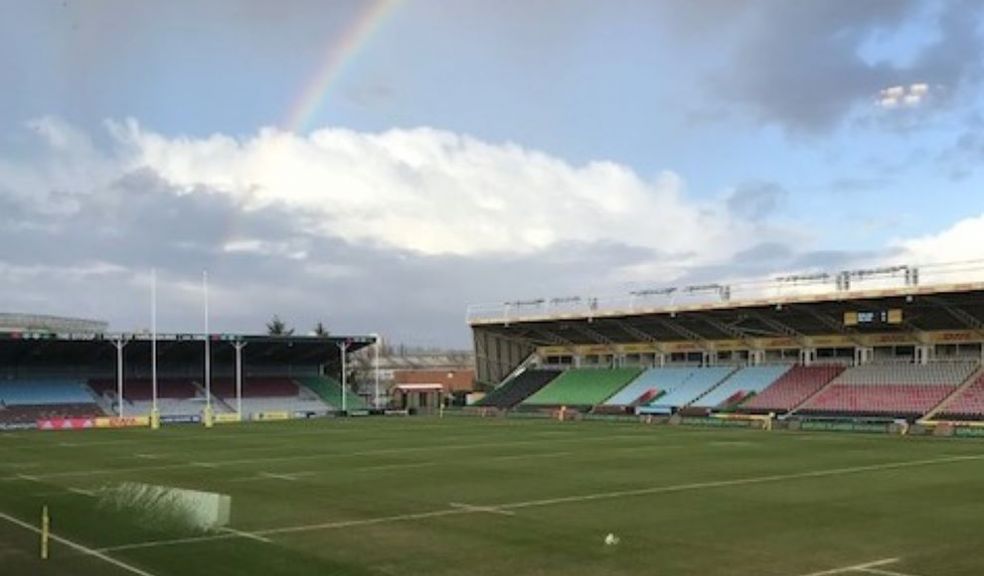 Normally, missing seven players on international duty - including your first-choice front row - might put any side off their stride. Not so Harlequins, who beat both the conditions and a determined Sale Sharks team to register a fifth consecutive bonus point victory at the start of the new Allianz Premier 15s season.

Whilst half of their usual line-up were starting for England against France in Grenoble, Quins head coach Gerard Mullen was able to draw on the depth of his squad to include the likes of Emily Scott and the Scottish duo of Jade Konkel and Chloe Rollie. Sale were able to take advantage of the Red Roses' decision to rotate Katy Daley-Mclean, leaving her available for the Sharks.

Harlequins dominated early territory and possession but without being able to craft any meaningful forays into the red zone. Ironically, it was only when the Sharks made a rare visit to the Quins half that space opened up for Lagi Tuima, fresh from training with England ahead of their autumn double-header against France, to break back into Sale territory before a beautifully judged offload for Lucy Packer to score. Ellie Green added the conversion and Quins were finally in front.

Sale responded with their best rugby of the first half, keeping Quins pinned in their own 22 and earning a penalty which Katy Daley-Mclean uncharacteristically skewed wide from in front of the posts.  The England fly-half's unusual generosity was clinically punished by the home side, who immediately rumbled down the field to score - Konkel peeling off a rolling maul to touch down. The conversion and a further penalty from the immaculate boot of Green pushed the score to 17-0 at half-time.

Playing with the wind in torrential conditions in the second half, Sale found a renewed vigour. It took an exceptional break from Chloe Rollie on the left wing to break the Sharks' stranglehold, sprinting from within her own half only to be snagged on the line by Daley-Mclean, whose tackle saved a certain try. Moments later, though, Scottish international Rollie was at it again, jinking between three defenders to score under the posts. Green's conversion into the wind was her final contribution of a faultless afternoon.

There was still time for Quins to claim the bonus-point try - Rollie again the scorer having evaded Daley-Mclean on this occasion. Quins stay ahead of Saracens at the top of the table thanks to their superior points difference, having maintained their 100 percent start.