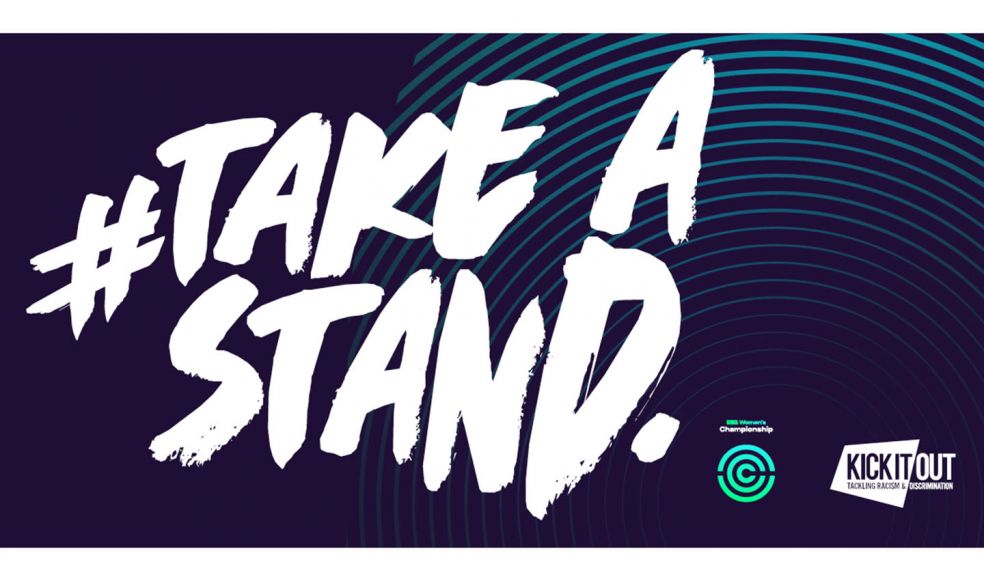 The Barclays FA Women’s Super League and FA Women’s Championship will reaffirm their commitment to eliminating all forms of discrimination from the beautiful game as clubs from both divisions will continue to show their support for Kick it Out’s Take a Stand campaign, commencing this weekend (12-13 December).

Clubs across the top two divisions have been invited to wear shirt patches depicting the Take a Stand logo to highlight an ongoing commitment to driving positive change on and off the pitch.

All clubs are supportive of The FA’s and Kick It Out’s commitment to delivering a game free from discrimination,  however some clubs will show their support by wearing the logo on their training tops, or through alternative campaigns they had already planned to tackle this issue.

All clubs that accept the invitation to don the Take a Stand logo on their shirts will do so for the remainder of the season to highlight the respective league’s commitment to driving discrimination out of football.

A number of football fans may have witnessed some form of discrimination in football – on the terraces, in dressing rooms or on social media – and campaigns like this will help raise awareness and create further conversation. Take A Stand is a challenge and an invitation for individuals and organisations to publicly commit to their own pledge. It is also a movement that everyone can play a part in and is one the Barclays FA Women’s Super League and FA Women’s Championship are proud to support.

Edleen John, The FA’s International, Corporate Affairs and Co-Partner for Equality, Diversity and Inclusion Director, said: "We are committed to delivering a game that is free from discrimination and it is important that everybody plays their part in helping to achieve that. Take A Stand will give fans and others involved in the game the impetus to support us on this journey and tackle this issue head-on. We know that discrimination exists in society and often manifests itself through football, and only by working together across the game to drive meaningful change through action, can we truly ensure the game is a safe and enjoyable environment for all."