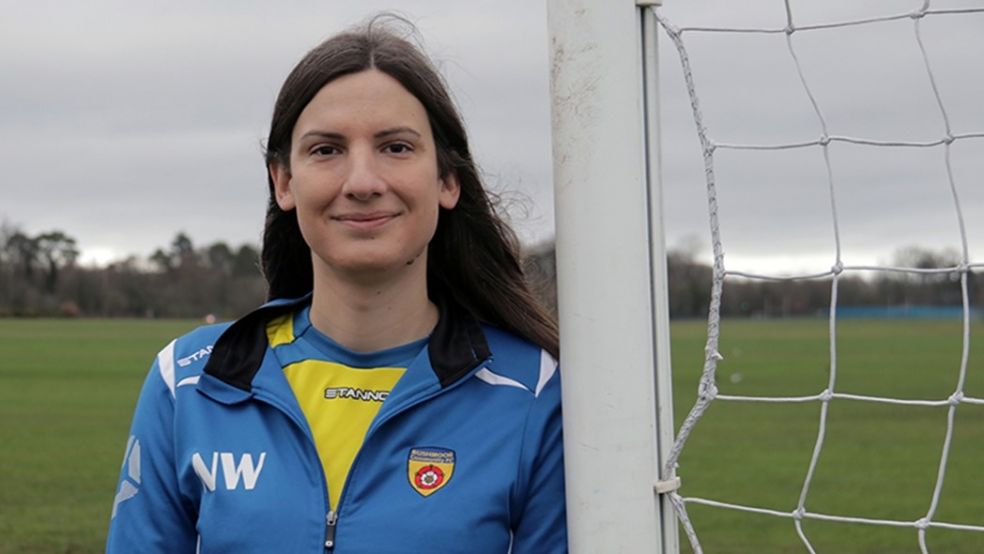 The subject of transgender athletes competing in women’s sport is constantly debated by athletes, journalists and fans around the world. Whether you are pro-transgender inclusion in sport or against it, the debate has become divisive and is often filled with stereotypes and assumptions.

Many of the arguments against having female transgender athletes in sport are centred on the perceived advantages over cisgender women. However, while trans athletes may have some advantages, those ‘advantages’ are not the ones typically used in arguments; such as strength, size and height.

In addition to this, there are also a number of disadvantages that trans athletes face as well, which are not as openly discussed in the mainstream media.

Is coaching the key?

Advantages that are usually the topic of debate are heavily centred around strength and size. But perhaps an advantage that has been overlooked is the access to high-level coaching and investment into boys sport when they were growing up.

This is relevant across sport, as despite increased participation in girls' sports, boys are still encouraged to play more sport than girls. They are also often taught to be more aggressive and competitive.

Footballer Natalie Washington, who plays for Rushmoor FC at the grassroots level, explained that although she didn’t start playing football until her 20s, it is something that could be an advantage for some athletes, especially in football.

“Because it's a common sport to play, there are trans women who probably had access to training with proper coaches and so on when they were pre-transition, when they were young.

“The investment in boys sport, particularly 20-30 years ago in football was much higher than it was for girls sport. So that is an advantage and that is legitimate, it is a real advantage that exists.

“There are women in my football team who talk about when they trained as kids, they had to train in the car park at their football club, they weren't allowed to train on the pitch because the club didn't want to mess the pitch up.”

One way to close the gap on this so-called advantage, would be to continue to invest more into girls sport and give girls access to better high-level coaching at the youth level.

Football coach and book author Dominic Stevenson explained that although investment has increased in some areas, there is still a lot that needs to be done.

“Despite the fact that access to high quality coaching for young girls is easier than it has ever been, more investment is definitely needed,” said Stevenson. “Investment will increase participation, which has the benefit of potentially improving the mental and physical health of countless young people, as well as ensuring that women’s football can thrive for generations to come.”

The more young female athletes have access to the same elite coaching as young male athletes, the less likely it would be that coaching at the youth level could be an advantage for transgender athletes.

“The coaching courses I am required to take are inclusive and reflect the diversity of today’s game. What I am seeing too is that more and more coaches are keen to pursue a career – whether professionally or as a volunteer – in women’s football as the game’s profile skyrockets.

“I think a bigger challenge is communicating with parents that this coaching is available and that as coaches, we are excited to be working with the next generation of elite footballers regardless of gender.”

HRT and the hidden effects

Primary arguments against inclusion seem to be based on fear and a claim that such rules would ‘protect’ women. These arguments have been used across the debate in women’s sport. But there is very little discussion, or willingness to discuss, the effects that hormone replacement therapy (HRT) has on one’s body.

Many voices who are against transgender inclusion in sport would argue that any loss of muscle due to HRT is not enough to warrant competing in women’s sport. In some senses, they are right, but because there is still not enough scientific research on the topic - and more certainly needs to be done.

Someone who has intimate knowledge of the topic is Blair Hamilton, a trans athlete who is doing her PhD on the effects of sex steroids on the sporting performance of transgender individuals.

“However, it is yet to be really proven if their sporting performance decreases to a cisgender female level or that they retain an advantage over cisgender female athletes. Studies thus far have negated to measure sports performance outcomes, as well as comparing trans women to comparable controls.”

While more research is still needed, Washington explained that HRT caused her muscles to degrade, losing some of her strength in the process.

“Hormone replacement therapy tends to have, does have, a negative effect on muscle strength and on your ability to recover over time,” said Washington. “Now I've got the same size body, but my muscle is reduced, and I was never strong anyway.

“I lose physical shoulder-to-shoulder battles with, like, really small looking women all the time, just because I've got no core strength and I think a lot of that is just kind of wasted through HRT.”

When it comes to policy making and arguments against trans athletes competing in sport, a more complete picture should be evaluated. As Washington said, it depends on what we code as an advantage and a disadvantage.

Another disadvantage not frequently discussed is the impact that mental health has on trans athletes. This issue is still not discussed enough for all athletes but for trans athletes the constant debate about whether or not they should be allowed to compete can take a serious toll.

“All this stuff you hear in the media about how it’s not fair that trans women are competing or trans women are a danger to cis women, all that kind of stuff gets in your head a bit,” added Washington.

Describing one situation where she was chasing down the ball, she felt she had a 60/40 chance of beating the goalkeeper who was rushing out. However, fear of injuring someone else got into her head.

“I thought if, if we go into the ball together and she gets hurt, it's gonna look really really bad on me and all someone on that team needs to do is phone up the Times or the Daily Mail, and they will print a story about this awful trans woman's come along and broken this girl's leg, how awful is that.

“And that's something that I do think about when I play. And that's obviously probably got worse in the last couple of years just because there's been so much discourse about that and that's hard to shake off and I can only imagine what it's like for the trans women that play a more physical sport.”

While organisations such as World Rugby propose bans on transgender athletes due to fear of injuring other women, the conversation on what advantages and disadvantages trans athletes have needs to be expanded. Each sport differs, and different approaches in different sports may be needed, but a more intersectional approach to these bans and policies is critical.

There is still a lack of research into all the effects of HRT on someone who is transitioning. There is also no discussion on the impacts that coaching at a young age can have pre-transition. Hamilton explained that sporting performance for any athlete is multifactorial. Some players who have more skill will triumph in certain sports, whereas stronger athletes will triumph in others.

“Athletes are unique in themselves and each individual's strengths should be seen as a positive,” she said. “However, if the science does prove an advantage for trans women, which it hasn't yet, new policies will have to be made.”