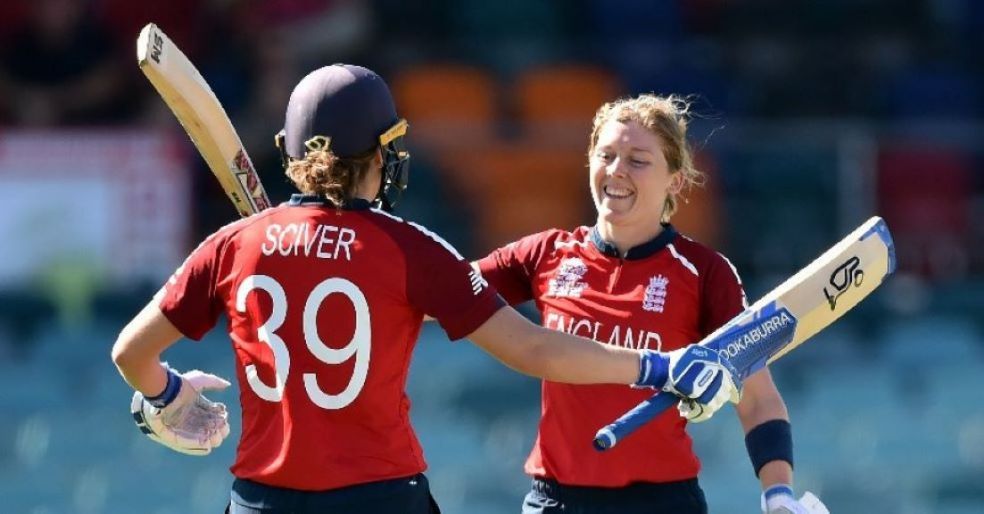 England claimed victory in the first Twenty20 International in Derby, beating the West Indies by 47 runs. Tammy Beaumont was the star with the bat for England, scoring 62 off 49 balls as the home side reached 163 for 8 from their 20 overs.

The loss of regular wickets and some miserly bowling restricted the Windies to 116 for 6 in response, although Deandra Dottin did provide some resistance with a fine knock of 69.

England take a 1-0 lead in the five-match series, with the next game scheduled for Wednesday.

Although Beaumont has batted in every position during her international career, she believes being promoted to open will finally help her cement her spot.

"It's made me look at my game and be more aggressive at the top," Beaumont told Sky Sports. "It is amazing to be back out there and kick us off at the top of the order."

After the England men's team was criticised for their response to the Black Lives Matter movement, both sides took the knee before the game at the Incora County Ground.

"We really wanted to make a stand. It was a really powerful moment," said Beaumont. "It's important for anyone with any kind of platform to stand up for what matters and certainly for me, I feel like I've been educated since what happened in America.

"It's really important we address this issue and stand together."