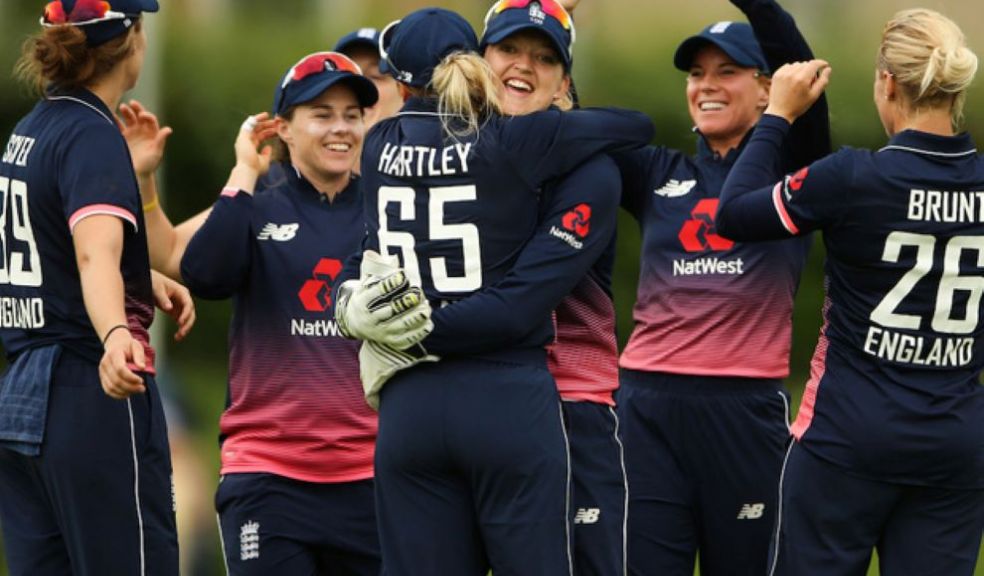 In front of a BBC television audience for the first time since 1993, England sealed the five-match T20 International series against West Indies with two games to spare thanks to a 20-run victory at Derby.

The innings of Natalie Sciver (82) for England and Deandra Dottin (63) for West Indies were the highlights of a game at a chilly Incora County ground.

Both Sciver and Dottin are known more for their clean striking but in blustery autumn conditions they both showed their quality in having to build an innings.

England batted first and Sciver came to the crease after Tammy Beaumont got a thick outside edge to depart for one. Before Sciver even had a chance to settle in, Danni Wyatt was walking back to give Shamilia Connell her second wicket of the over.

The hosts now had two of their most experienced batters in the middle. Heather Knight and Sciver kept calm and minimised the risks while maximising their scoring options. They rotated the strike to good effect and added 59 runs from 48 balls.

West Indies used eight bowlers in their attempt to stem the flow of runs and with five overs to go, they would have been happy with their efforts. At the end of the fifteenth over England were 104 for 4 , Sciver having just reached her fifty.

She was starting to go through the gears and with Fran Wilson - a busy player who scores all around the ground - England were still confident of posting a score over 150. They did just that, although they lost the wickets of Sciver trying to ramp over the keeper and Katherine Brunt looking to smash the cover off the ball - the result was the same as Dottin bowled both as England finished on 154 for six.

At the toss, West Indies captain Stafanie Taylor hinted at a change in the order but few would have thought she would drop herself down to six.

Dottin had a new opening partner in Lee-Ann Kirby. It didn’t work as Kirby was smartly stumped by Amy Jones for just three to continue Sciver's impressive performance. However, having Hayley Matthews at four finally gave the West Indies batting order some much-needed depth.

Without the pressure of the powerplay Matthews was able to play her natural game. Having Dottin in good form at the other end must have helped as well and the pair added 48 for the third wicket.

Sarah Glenn has been consistent for England since her debut last year and was again amongst the wickets. She bowls a line that players struggle to get away, even when she gives the ball plenty of flight. Glenn got the breakthrough; Matthews departing for 21 trying to play across the line.

With Dottin in full flow, it felt like an opportunity missed when Taylor didn’t stride to the middle. Chedean Nation failed to stay very long, England reviewing an lbw decision that showed Glenn’s delivery was hitting leg stump.

It handed England the momentum, although with players of the quality of Dottin and Taylor batting together England still needed another breakthrough. Brunt was the player to remove Dottin who trying to clear deep square-leg dropped it into the safe hands of Wilson.

With it went any realistic chances of a West Indies win. It was a better showing overall from the tourists but, in truth, England won with ease without having to be at the top of their game.