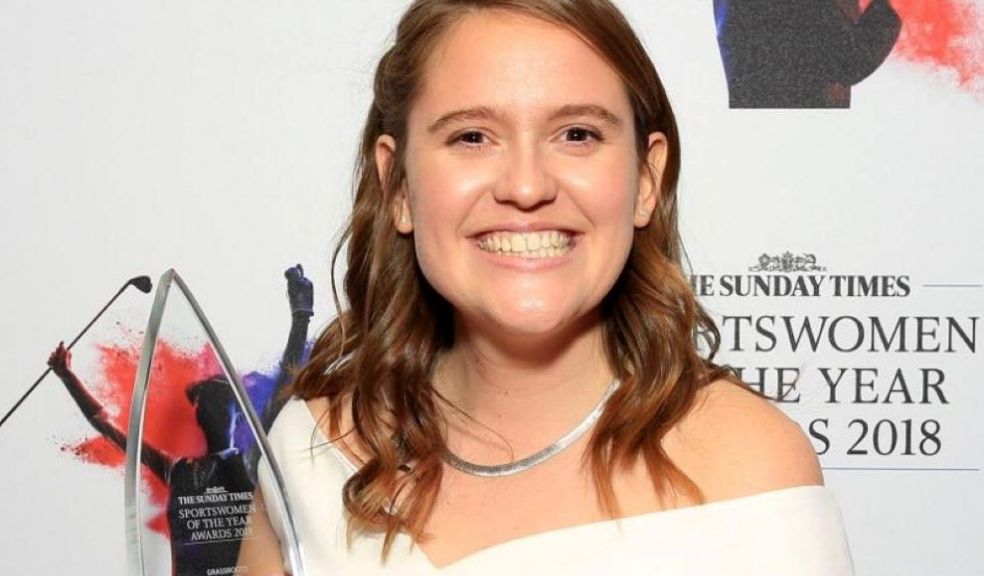 When Alex Wallace (née Paske) established the charity The Mintridge Foundation little did she expect that, just five years later, it would have the impact, reach and success that it has.

With 40 ambassadors, comprising elite athletes, Olympians and Paralympians, the Mintridge Foundation has touched the lives of more than 55,000 young people, via 285 courses and programmes, through 148 schools and clubs. Some 115 students are currently or have received one-to-one mentoring with an ambassador. For Alex personally, success includes winning the Sunday Times Grassroots Sportswoman of the Year award in 2018.

Of course the Covid-19 pandemic is making its presence felt both economically and operationally, but on the whole, this charity’s story has been one of incredible achievement.

In 2015 Alex set Mintridge up as an organisation to bring sportspeople and young people together in a symbiotic, beneficial relationship. The idea was that talented young sports people would meet inspirational elite athletes from a range of individual and team events. Through workshops, talks and one to one mentoring, the youngsters would be motivated, supported and guided to reach their potential.

As Alex says, since then, the Foundation has developed an organic life of its own and now does so very much more.

“When I started out I was just looking at different ideas and it has taken five years to nurture what we want to deliver,” says Alex. “Did I think we would be working on the scale that we are, or with the number of athletes that we have? Absolutely not.

“While it started out focusing on up and coming talent, schools and other beneficiaries are now using us for confidence building, communication skills and a number of other themes.”

Being an ambassador for the Mintridge Foundation calls for a lot of commitment. It is not purely a  case of turning up, giving a talk and having some selfies taken. Athletes visit schools, run coaching sessions and give talks but then they also work as mentors for young people, checking in with them regularly via Fitswarm calls, helping the students achieve in sporting, academic and personal spheres of their lives. It is this one-to-one aspect of the role that is proving so life-changing for the young people.

Alex gives one such example. “There are two sisters who were both left paralysed after a car accident,” says Alex. “They had been taking part in school sport but with a lot of support, which left them feeling very uncomfortable and out of place. The teachers didn’t feel confident with delivering disability sport so we went in to help out. Jordan Jarrett-Bryan, a former Great Britain wheelchair basketball player and sports broadcaster delivered a series of wheelchair basketball sessions. For the first time in two years the sisters were on a level playing field because everyone was in a wheelchair.

The teachers reported that the older sister, who was about 10 at the time, hadn’t smiled or laughed since the accident. After one session the young girl was smiling and laughing; she really got into the whole competitive nature of the sport. A few weeks later she and her sister had joined an inclusive archery club.”

It is clear what the young people get from the experience, but what about the athletes?

“I think athletes can sometimes forget why they do what they do,” says Alex. “Then they go into a school and see the impact they can have on a young person. That reminds them why they are getting up to train at 5am and doing the tough training sessions.”

The Mintridge Foundation also supports the athletes into a life beyond sport. Through the Foundation they get training in presentation skills and how to lead sessions. Then there are invaluable networking opportunities that open up, both within the corporate world and more informally, with the other ambassador athletes.

I ask Alex why sports people are proving such a success with young people?

“Sport is an amazing leveller and we have a team of elite athletes that have such a platform,” she says, “Young people will sit up and listen to them. They are delivering the same message that teachers and parents are delivering but it is coming from someone that young people see as really special. It allows the advice and guidance to sink in very differently. All our athletes are from different backgrounds but there is always a strong, underlying message that is very similar. It is that inner champion mindset. It is a say ‘yes’, can-do attitude. Sport is the topic but it transcends into life.”

The reason behind Alex’s determination to make a success of the Mintridge Foundation is very personal. A negative experience in her own sporting journey had a deeply traumatic and lasting impact. She set up the Foundation to help young people who might hit similar low points. Only recently has she shut the box on her own pain but, with the lightness and empathy that she brings to every Mintridge session, she says: “I endured one bad experience but that has led to us touching the lives of more than 50,000 youngsters. Realising that is part of my own healing process.”